Cancer is the leading cause of death worldwide, according to statistics from the World Health Organization (WHO).

Stomach, liver, colon, pancreas, lung, and breast cancer all have the highest mortality rates compared to all forms of cancer.

It is estimated that in 2011, there will be many newly diagnosed cases and even more deaths associated with cancer than in previous years.

Research shows that endothelial dysfunction could attribute to the development of cancer.

However, a new study published in the Journal of Clinical Nutrition, shows that endothelial dysfunction, in combination with omega-3 fatty acids, may slow the progression of carcinogenesis cells in your body.

sICAM-1, or soluble adhesion molecule-1, is a type of cell found in your body that has been shown to increase your risk for developing heart disease, among other conditions.

Elevated levels of sICAM-1 can indicate higher levels of chronic inflammation in your body, possibly due to damage to platelets and the endothelial cells lining your veins and arteries.

Since research points to chronic inflammation as the start of many different diseases (heart disease, diabetes, and cancer) then monitoring your sICAM-1 levels could be a very important first step in disease and treatment management.

sICAM1 molecules are typically elevated in patients with cardiovascular disease, potentially due to plaque formation, arterial stiffness, or endothelial dysfunction.

However, sICAM-1 molecules can also be found in neoplastic diseases, damage to connective tissue and, of course, in cancer.

Omega-3 fatty acids may interact with sICAM-1 molecules, which could prevent or slow the development of heart disease potentially by decreasing inflammation and other factors.

Researchers performed a nested controlled case study between the years 1994-2007.

Their aim was to see if there was an association between sICAM-1 molecules, cancer risk, and omega-3 fatty acid levels.

They were testing to see if higher omega-3 fatty acid levels could interact with sICAM-1 molecules and reduce cancer risk factors.

Across all studies, they noticed a positive interaction between sICAM-1 molecules and omega-3 fatty acids for all types of cancer being tested (overall, breast and prostate).

They also noted that higher sICAM-1 levels were positively associated with increased cancer risk when omega-3 fatty acid levels were below median levels.

However, in subjects with omega-3 fatty acid levels above the median, there was no association between cancer risk and sICAM-1 levels.

They concluded that omega-3 fatty acids may counteract the pro-carcinogenic actions of sICAM-1 molecules.

Another Victory For Omega-3’s

Omega-3 fatty acids have long been used in a way to promote better heart health by lowering cholesterol, triglycerides, and inflammation.

Omega-3 fatty acids may play an important role in reducing sICAM-1 molecules (which can hold both atherosclerotic and pro-carcinogenic actions) in the body, therefore potentially having the ability to improve your overall health.


NEXT: Could Increasing Your Omega-3’s Be This Easy? >> 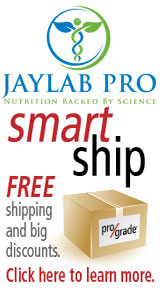